With their live stream of the iPhone 6 release on September 9, 2014, Apple found themselves in a unique position: On the shoulders of their latest release, they’ll either get lost in the crowd of their competitors, or they’ll catapult a thriving tech industry into an even more advanced era—with Apple firmly at the helm.

10What They’re Giving Us

The Apple Live Event began with a promise of the biggest event in iPhone history. That was invariably going to be true, but it says nothing about the impact on the mobile industry as a whole. After all, every product is supposed to be better than its predecessor, regardless of brand.

What they did unveil were the iPhone 6, the iPhone 6 Plus, and the Apple Watch—one new phone, a bigger version of it, and one new phone accessory. The buzz over everything is tremendous, but when you get down to it they aren’t offering much that hasn’t already been given to us: The iPhone 6 has a 12-centimeter (4.7 in) screen, but the Samsung Galaxy S5′s screen is already 13 centimeters (5.1 in). The 6 Plus is outmatched by at least four other phones already on the market.

There are plenty of other statistics to get into, but what it all boils down to is that, point by point, there’s a smartphone in existence that rivals nearly every feature the iPhone 6 gives us. What Apple has done that dominates every competitor is simple: They gave it all to us in one package. And that, more than anything, is why Apple is going to be the king of mobile for a long time to come. Let’s break it down.

9They’re Growing Despite The Odds

Every good business knows that you need to pay attention to what your competitors are doing if you want to stay in business. If they lower their prices, you have to do the same to make sure your customers keep buying your product. The problem is, Apple doesn’t do that. While the majority of Android and Microsoft phones are priced below $200, Apple has precisely zero phones that fall below that threshold.

Analysts have been saying for years that Apple is on the verge of tanking as their competitors catch up in terms of quality, and they’re still saying it. But despite all the odds, Apple has always outperformed them in sales, even with prices up to three times higher than what everyone else is charging. What really drives the point home is how computers are usually separated: It’s either Mac or PC, never mind the fact that there are dozens of current PC manufacturers and just as many that have already gone bankrupt. Through all the chaos, Apple slowly climbs in every market they enter.

One of the main features presented in the Apple Live Event was the camera in the iPhone 6. Just a few years ago, the general consensus was that “no smartphone cameras can shoot video well.” Now, Apple’s taking a camera that can shoot 240 frames per second and running it as a standard feature in their smartphones. The video above was shot with an iPhone 6, if you want an idea of how that looks (make sure you have the quality set to the highest level). A stand-alone camera that can do that runs upward of $300, which honestly makes the iPhone’s price seem slightly less exorbitant.

And that’s big news not because it raises the bar for smartphone cameras, but because it’s going to keep pounding into the makers of regular cameras. Nikon, a popular camera maker and one of the kings of point-and-click cameras, has seen their sales dropping for years. Olympus, Canon, and Sony are also bleeding sales.

That’s not saying that any of those companies are going out of business soon, but smartphones like the iPhone 6 are quickly rendering their lower-value products obsolete. It’s no longer possible to look at Apple as simply a computing company, or even a mobile company. Everything they put into their products borrows from other industries—it’s what they do best. And each time Apple does that, those other industries take a hit.

7They’re Combating The Fear Of Theft

Earlier in 2014, Home Depot had a massive data breach in its payment systems. Before that, Target fell victim to data theft. There’s an inherent cult of fear surrounding digital payments like a dark cloud, and that’s hindered the progress of potentially innovative systems that let you pay for something with a smartphone.

With the Apple Pay feature on new iPhones, Apple might have a chance to eliminate that fear. With their system, paying for something—such as a cup of coffee—is a simple matter of tapping your iPhone against a digital reader at the checkout desk. To add a credit card to your account, you just take a picture of the card with your phone. It’s safe, Apple says, because if anybody steals your phone, you can click a button to stop the payments from working—after all, it’s not like the thief stole your actual credit card.

There have already been a few pioneers in the “wallet-free payment” field, including Paypal and Square Inc., but they’ve been slow to take off because of the distrust that a lot of people still harbor for keeping sensitive bank information in a smartphone. Whether Apple’s system will work is still to be seen, but with digital transactions projected to reach $90 billion annually in 2017, someone needs to bring it into the mainstream, and Apple just did.

6They Know How To Sell A Technology

The past two years have been a big time for smartwatches. All the tech giants—including Sony, LG, and Samsung—have released their own versions, but few have made as big a splash as the Apple Watch . . . even though it won’t even be released for several more months. But why? Why is Apple CEO Tim Cook calling the Apple Watch “a breakthrough product” when there are already so many options out there?

It’s the same reason the iPhone, iPad, and iPod were also considered “breakthroughs,” even though they weren’t the first smartphone, tablet, or MP3 player: Apple is simply the best in the business at making something easy to use and attractive. And by waiting until the reviews were in on other smartwatches, Apple was able to come out with something so seamless that we’ll likely look back at the Apple Watch as the first real smartwatch. That’s the same way we consider the iPad to be the first real tablet even though tablets had already existed for over a decade. Sneaky, but effective.

5They Can Effectively Bridge Technology Gaps 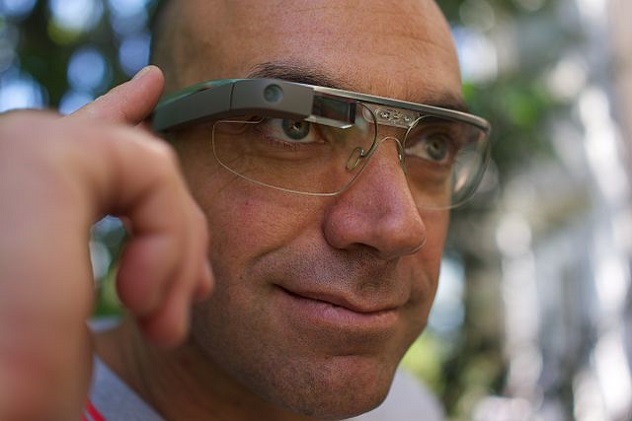 Google Glass has a bad rep. It’s been in a state of partial release for over a year, and already the reviews are less than kind. The problem people have with it is, essentially, that it looks stupid. There’s an embedded psychological resistance that people have toward technological change, and it has a huge effect on the success of new technologies. Anything that abruptly changes what most people would consider “normal” is going to have a much harder time taking off than a technology that comes wrapped in something familiar.

That’s why Google Glass is predicted to tank while the Apple Watch is going to take off. There’s no bridge between Glass and what we’re used to, but the Apple Watch, well, it’s a wristwatch. Regardless of the fact that it brings a series of new interactive technologies to the table and will probably be a launchpad for future wearable technology, it’s still something that we can be comfortable with. It’s this same reason that most people don’t know about other highly innovative tech, like the Muse brainwave headband—technology can only move as fast as it’s accepted. 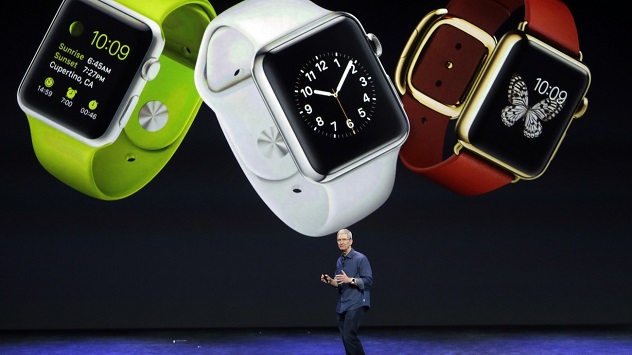 Regardless of who came up with an idea first or how many backs need to be broken to carry a product to the top of a market, Apple is still one of the top innovators in their field, and the Apple Watch embodies that fact wholeheartedly. Case in point, Apple Watch is the first mobile platform that integrates useful functions that go beyond sight and sound.

Haptic tech is basically touch feedback. Any phone that has a vibrate setting is using haptics, but Apple Watch takes it a step further. On the back of the watch—the side pressed against the wrist—are several actuators that give the wearer a tap when they get a notification. But the innovation is tied into their navigation app, Apple Maps. When you activate GPS directions, a different tap tells you whether to turn left or right. You don’t even need to look at the watch.

Why is that important? It’s a simple enough addition, but the smartphone industry is predominantly sight-and-sound based. New features and upgrades invariably boost the quality of the screen or the speakers. This is a step in a direction that integrates more of the senses, and like just about everything Apple does, it doesn’t break new ground by itself so much as it sets the bar for what can be accomplished in the future.

3They’re Connecting Technology To Us

Just as keyboards are predicted to be rendered largely obsolete within the next decade or so, touch screens aren’t going to last forever, either. Technology is forever changing, and the current trend is already moving past this relatively new technology into more personal—more natural—ways to communicate with computers. The Microsoft Kinect is a good pioneer example of this—it uses motion capture to send commands to your Xbox.

The Apple Watch, in addition to its haptic sensors, features a heart rate monitor, an internal gyroscope, and an accelerometer, all of which are intended to keep track of you without the need for any conscious input. GPS keeps track of you wherever you go and, in the case of the built-in fitness app, it learns about you over time. To some people that’s incredible; to others it’s terrifying—regardless, it’s the direction technology is heading, and Apple is making it happen more than anybody. Heck, even their headphones detect when your ears are present. 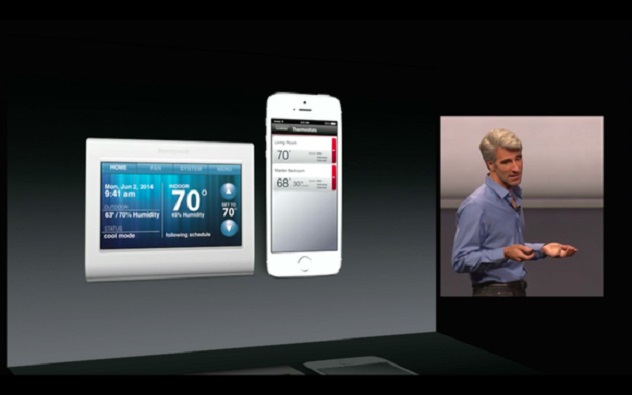 Apple isn’t connecting the world in the sense that we’re all going to hold hands around the equator; their goal is a little more plausible: They’re making every gadget we own part of one centralized network. Everything from the homes we live in to the cars we drive will be just an iPhone tap away. It’s already happening, too—as soon as Apple announced their HomeKit, other companies scrambled to begin building products that would be compatible with Apple’s service.

Google is hard at work on a competitor home network, but while they’re fiddling with thermostats, Apple is taking the Edison approach: They’re letting other companies figure out the cool little gadgets while they happily play the mediator that connects it all together. 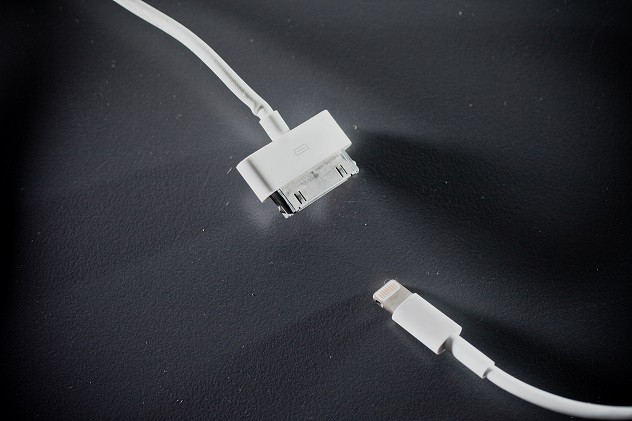 The future of technology is going to be largely wireless, and we’re already there as far as Internet connections and communication goes. But one area that still needs a big boost in the wireless world is electricity. No matter how much you can do on your smartphone, you still need to plug it in every few days (or every day, if you have an iPhone).

Conversely, the Apple Watch uses an inductive charger that magnetically clips onto the back of the phone and automatically aligns so that the charge can go through. There’s no need to wiggle a micro-USB into a tiny port; just hold it close enough and the magnets do the rest. As Apple says, you can do it in the dark without looking. Is it easy? Sure. Is it new? No—smartphones have been able to do that for years. But that’s what it’s all about. Apple isn’t going to control the future of mobile technology because they’re bigger or better—they’re going to control it because they’re easier, and that’s what we all really want.