According to the great tragedian, Euripides, “The first requisite to happiness is that a man be born in a famous city.” Although his statement may not be far from the truth, the pursuit of happiness is not relevant for this list. The focus of this list is to collect ten small places which had or still have a great impact in the world. From Athens, Beijing and Rome to New York, Paris and London, big cities have always been the magnet for culture, arts, wealth, political influence and human population. But what about the small cities and towns with legacies and influences that far exceed the size of their city walls? The criteria for the selection were simple: ten places with a great impact and influence around the world, with a population of less than 125,000 citizens. The aim of this list is twofold; to stimulate the curiosity of readers on one hand and to promote thought as to what other small places with a great impact could or should have been included. 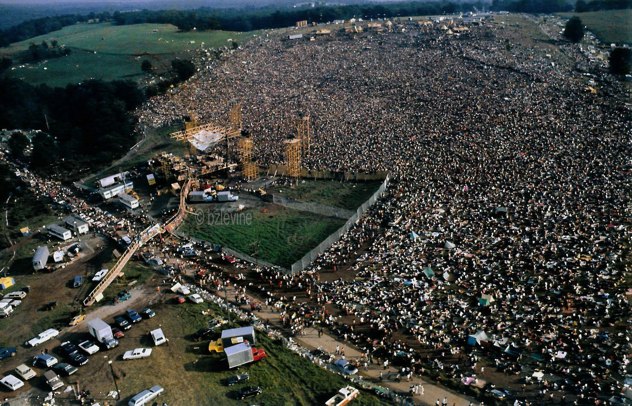 The Town of Bethel was brought to the world’s attention in 1969 when nearly 500,000 people (almost 100 times more than the population of the town) gathered at Max Yasgur’s Farm for “Three Days of Peace and Music.” The Woodstock Festival was a four-day (not three as originally planned) rock music festival, which started on the 15th and ended on the 18th of August 1969 and made Bethel one of the most famous places in the world that summer. The turnout of spectators was expected to be sixty thousand. However, the area was attended by approximately half a million people, most of who belonged to the hippie movement. The end of the festival created the largest traffic jam in United States’ history and paralyzed many main streets of NY state. The Woodstock Festival remains today, almost 45 years later, the most powerful and influential music festival ever, even though its anti-war and peaceful messages were never really delivered to the “recipients”. 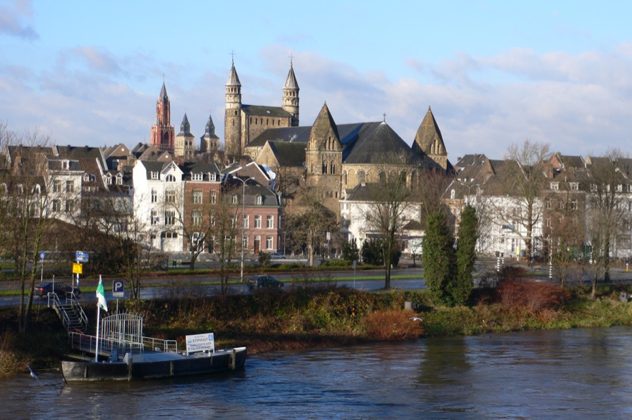 Maastricht is a municipality and the capital of the province of Limburg. The city’s name is derived from the Latin name “Trajectum Ad Mosam”, which refers to the bridge that was built by the Romans under the reign of Caesar Augustus. The city would not gain global attention until the signing of “The Treaty of Maastricht” in the early 1990s, which is officially known as “The Treaty of the European Union,” and it is considered to be the most important treaty in the European continent’s modern history. Historically, there is no similar treaty with such an extensive economic, political, social and cultural content, which involves so many countries and participating states. The Treaty of Maastricht was signed on 7 February 1992, and placed the city in the world map of fame. 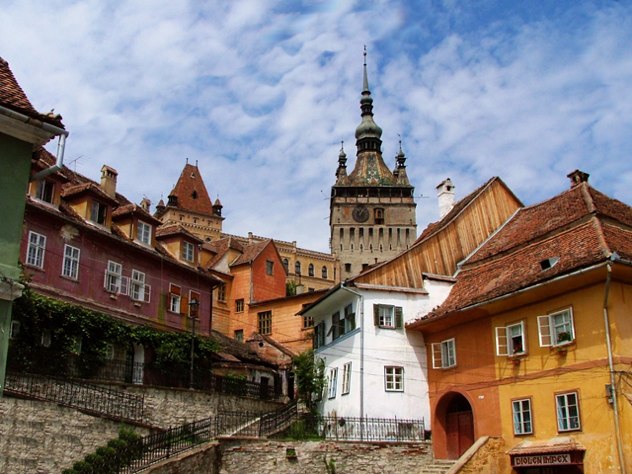 Probably the vast majority of the readers has never heard of this city and might wonder why it is in the list in the first place. This is a very rare case that the actual city doesn’t get the recognition it deserves because it hides in the bigger picture. Now if you had read about Transylvania or The Carpathian Mountains, what would be the first thing coming to mind? Vlad III, Prince of Wallachia maybe? Not likely. Vlad the Impaler? Maybe so. Dracula? Sure thing.

What most people ignore though is that the man who inspired Bram Stoker to write one of the best selling books in the history of horror fiction and influenced the film industry to make hundreds of movies related to his name and legacy (with billions of dollars profit), is that he was born and raised in the small city of Sighișoara in Romania. Transylvania, which many people often mistake as the city of Dracula’s birthplace, is the region in which the city of Sighișoara belongs. Today, Dracula’s building of birthplace is used as a museum-themed restaurant and the specialty of the menu is, of course, rare blue steak which swims in blood. 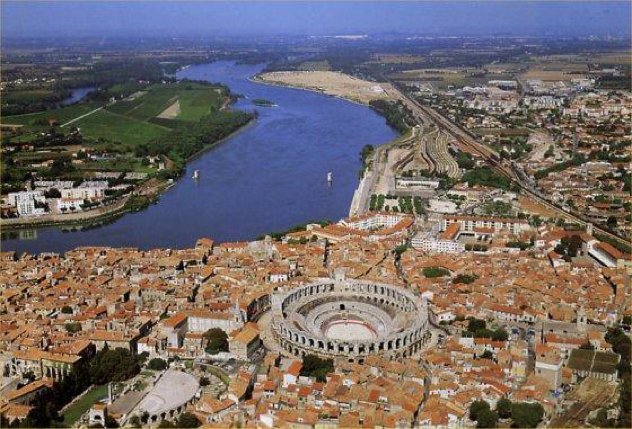 During the first century B.C., Julius Caesar gave the land which took from The Massalian Greeks and the local tribes, to the victorious Roman Legions. It eventually became a kind of second capital of the Roman Empire, known as “The Little Rome of Gaul.” As befitting a major Roman center, it had a number of impressive public buildings. Most of these remain part of the city’s life even today and many monuments have been designated as UNESCO World Heritage Sites.

Many centuries later and more specifically during the 19th century, one of the greatest painters ever, Van Gogh, would connect his name and legacy with the city’s, since he lived and worked in and around Arles. When, in 1888, Van Gogh cut off his ear, he was taken to the Hotel-Dieu, a 16th-century hospital with a galleried garden which he painted. Also some of the great painter’s paintings such as “Starry Night over the Rhone” portray various locations of Arles and are known as “Paintings of Arles”. 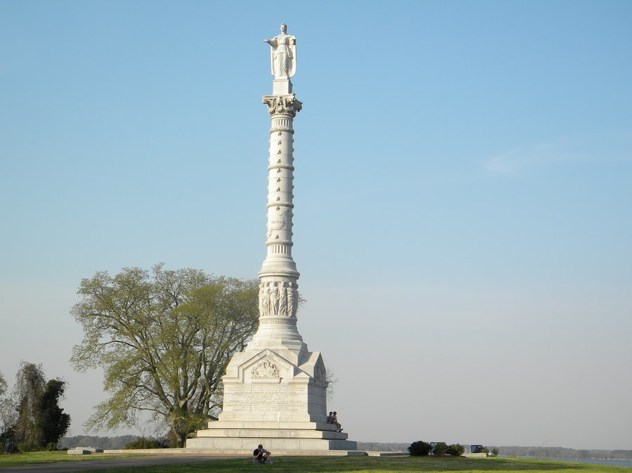 Yorktown is a small and peaceful census-designated place in York County, Virginia, which is not known for its large tourism or intense lifestyle. On its lands however, took place the most decisive and tough battle (also known as Siege of Yorktown) of the American War of Independence, which actually ended the war and lead to the recognition of the United States as an independent nation from the United Kingdom. The consequences of this battle were the collapse of the British Government, even though turf wars followed before the new British Government would finally accept defeat and officially acknowledge the independence of the United States. Unfortunately, the only attraction that Yorktown has to offer to its few visitors nowadays, is the impressive “Victory Monument,” which was installed back in 1884. 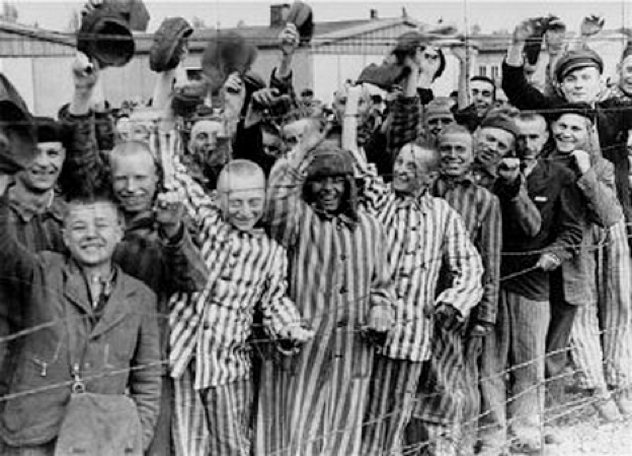 The city of Dachau became famous around the world and connected its name with one of the darkest and most ghastly war crimes in modern history. Dachau’s concentration camp was the first of the Nazi concentration camps established in Germany. It was located on the grounds of an abandoned munitions factory near the medieval town of Dachau, from which it took its name. In this camp, the Nazis initially tortured and brutalized its own German people who were against the Nazi regime, while later it was used for captives of all ages and nationalities, mainly Jews and various other ethnic groups and minorities, from the countries Nazis conquered during WWII. The Dachau concentration camp functioned until the collapse of Nazi Germany in 1945 and unfortunately thousands of brutal crimes against humanity were committed there during the war. 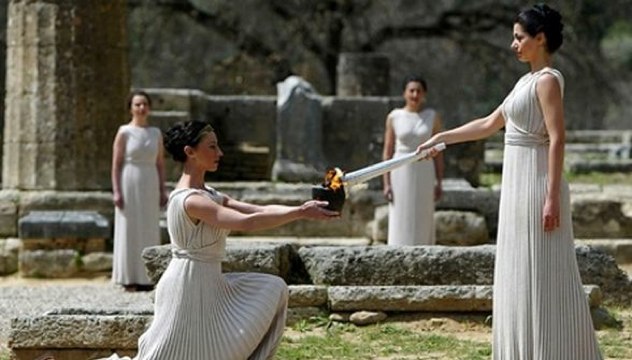 This small area in Greece has incredible history and a global influence that exists even now. The tradition of lighting an Olympic Flame comes from the Ancient Olympics which took place in this small city exclusively. During the Ancient Olympic Games, a sacred flame was lit from the sun’s rays at Olympia, and stayed lit until the Games were completed. It was first introduced into our Modern Olympics at the 1928 Amsterdam Games. Since then, the flame has come to symbolize the light of spirit, knowledge, and life. The torch is traditionally lit in this small but historic city named Olympia, which every two years (including Winter Olympics) becomes the center of the world, since it is estimated that over a half billion of people around the globe watch the specific event and the torch relay that follows. 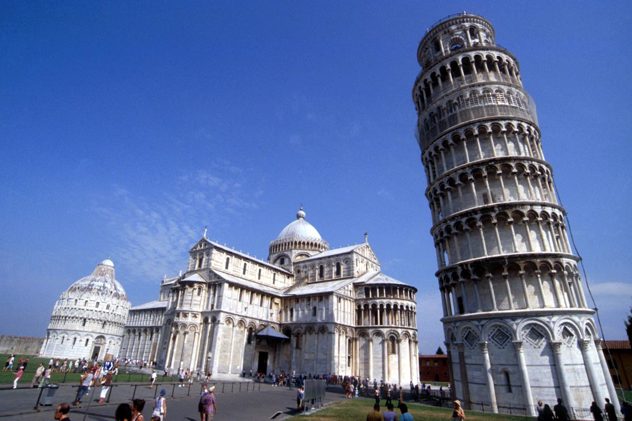 Pisa is a small, but very historical and important city of Italy. The University of Pisa is one of the oldest in all Europe and opened in 1343. The biggest attraction of the city, however, and the basic reason this city is so famous around the world (and attracts millions of tourists every year) is the Leaning Tower of Pisa, which was built entirely of marble during the period from 1172 to 1350. It consists of 6 floors and because it was built on loose ground, inclined towards the south (an incline that is gradually increasing each year). It is 56 meters tall and many scientists and top architects from all over the planet, visit Pisa just to study and admire the specific architectural “miracle.” The Cathedral Square (Piazza del Duomo) is also another top touristic and historical building of the city, which is a UNESCO World Heritage site as well. 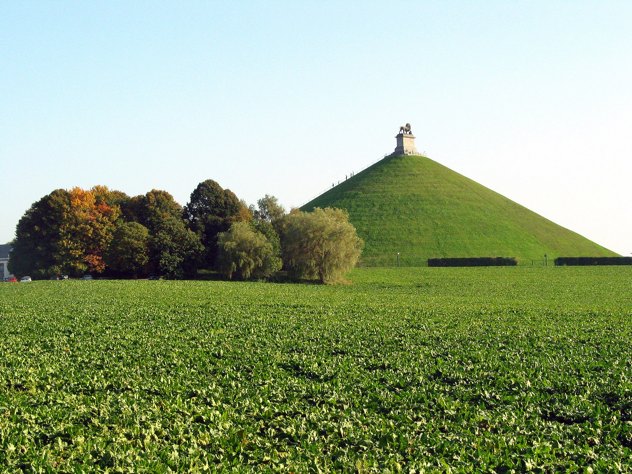 Waterloo is a very small city which does not attract many tourists, yet it’s one of the most famous cities in history, and its military impact is unquestionable. The Battle of Waterloo is one of the most famous battles in military history, and it took place in modern day Belgium on June 18, 1815. It marked the final defeat of one of the greatest generals of all time, French Emperor Napoleon Bonaparte, who conquered a big part of Europe in the early years of the 19th century. The Battle of Waterloo, in which Napoleon’s forces were defeated by the British and Prussians, signaled the end of his reign and the end of France’s domination in Europe. Today, nearly two centuries later, Waterloo is still used as a term around the western world to define or characterize disastrous or decisive defeat, especially in fields such as politics, sports and of course, military. Waterloo was also the title of the second studio album by the legendary Swedish pop group ABBA. The song was victorious in the Eurovision Song Contest of 1974 and was recently voted as the greatest song in the history of the contest. 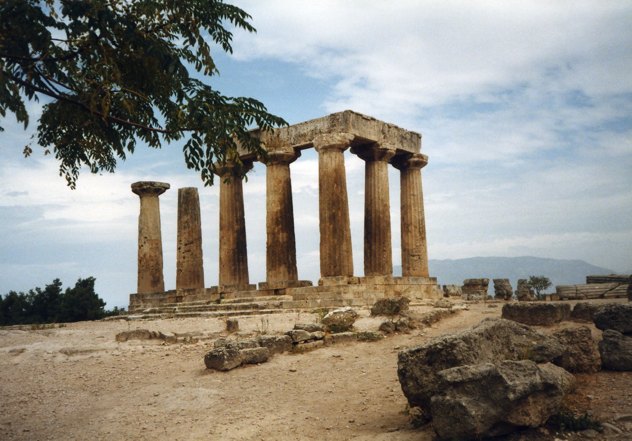 If the boxing term “pound for pound” existed to measure the historical influence and impact of a city, it’s quite possible that the city of Corinth would earn that title. Corinth is located in one of the most powerful ports of the Ancient world and was the first Greek city-state that colonized Italy (Syracuse) and gave birth to another city (Corfu). By 730 B.C. Corinth had emerged as a highly advanced Greek city-state (probably the most powerful at the time), way before traditional and well-known ancient Greek cities developed, such as Athens, Sparta and Ancient Macedonia.

Corinth was the homeland to one of the Seven Sages of Greece, Periander, while the greatest cynical philosopher of all time, Diogenes of Sinope, spent most of his life there, where he met Alexander the Great and the two had one of the most historic dialogues in history.

The two most important athletic events of the Ancient times (after the Olympic Games), the Isthmian and Nemean Games, took place in Corinth. But the Corinthian legacy doesn’t stop here. The contributions of the city in architecture were immense as well. The Corinthian order was the latest of the three principal classical orders of ancient Greek architecture. It took its name from the city-state that it originated, but it was followed and adored mostly from the Ancient Romans originally and most European architects and artists during the Renaissance.

Nonetheless, Corinth is probably more known through religion. Over a billion and a half Christians around the world are aware of The First and Second Epistle (also known as Corinthians,) which Paul the Apostle, who lived and preached in Corinth, wrote to “the church of God which is at Corinth” as the bible mentions.

During the modern years, Corinth became famous once again worldwide, for another unique achievement, in construction this time. The Corinth Canal, which was first attempted by the Ancient Greeks and Romans, was finally constructed. On July 25, 1893, the Canal of Isthmus was first used and was, at the time, one of the most impressive artificial constructions in the world. It attracts to this day thousands of tourists from all over the world.