Since time began, the single greatest act one can witness is the miracle of life. It occurs at every moment of every day. This admiration of life leads us to the fear and devastation that accompany the ending of said life. Throughout history, death has used many vessels to carry out its mission to end that life. Below you will find 10 couriers of death’s deed. Some of them are natural, brought forth by the forces of nature itself; some are terrible, due to the atrociousness of evil men, and some are the result of omission, the lack of prevention. 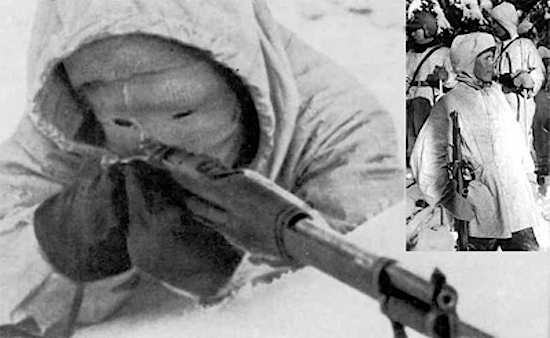 Although many different cultures have legends that tell of men slaying thousands by their own hand, Simo Hayha is one of the deadliest soldiers of modern war. Nicknamed “White Death,” he can be found on various top ten lists, and for good reason. Often considered the greatest sniper to have served in war, Hayha is credited with over 800 kills. During the Winter War between Finland and the Soviet Union, Simo Hayha amassed 505 confirmed sniper kills (37 more unconfirmed) as well as over 200 confirmed kills by submachine gun. Even though his numbers are paltry compared to the rest of this list, he definitely earned the right to be recognized as one of the world’s deadliest soldiers. Here is a quote by Simo Hayha when asked if he regretted killing so many people: “I did what I was told to as well as I could.” 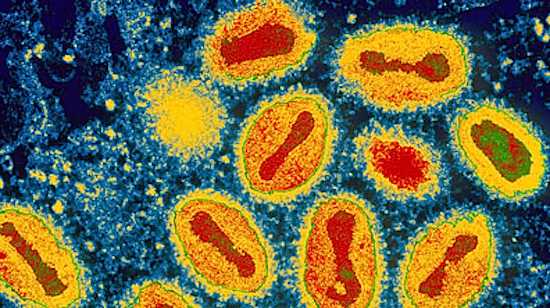 The earliest form of this disease was probably found on the mummy of an Egyptian who died in 1157 BC. During the 20th century alone, it is estimated that Smallpox killed somewhere between 300 and 500 million people. With its mortality rate of 30-35%, and considering the ease with which smallpox is transmitted, pondering the historical impact of this disease is difficult. I was reluctant to include smallpox because it is practically extinct, but there is no denying it was one of the greatest killers nature brought upon Man, and therefore rightfully earns its place on this list. 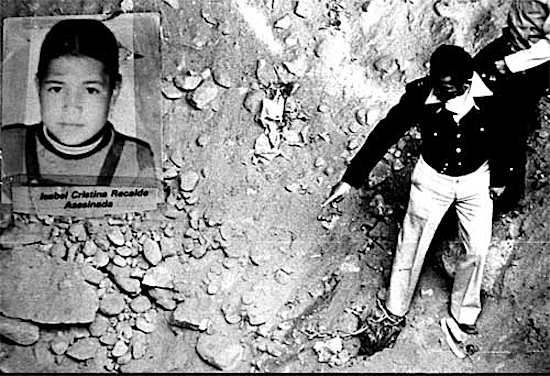 Called “the Monster of the Andes,” he was born to a 13 year old prostitute mother, in 1948. Lopez was picked up by a pedophile while still young, and was repeatedly raped before he was taken away by an American family and enrolled in a school for orphans. After being sodomized by a teacher, he ran away and found himself in prison at 18. There, Lopez was gang-raped and allegedly killed three of the rapists while still incarcerated. After his jail sentence was complete, his killing spree began. He claimed that by 1978 he had killed more than 100 young girls, and later he confessed to more than 300 murders. He eventually wound up in a psychiatric wing of a Bogota hospital in 1994, and since his release in 1998 has not been seen or heard from. It is not known if he is alive or dead. 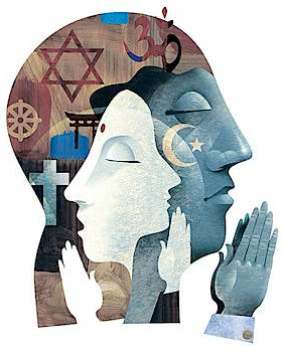 The hardest part about including religion on this list is how to label it. “Idea” seemed to best generalize the concept of what religion is, so I went with that. In most discussions of the topics on this list, many would agree that religion has caused more deaths in history than anything else. All of the entries on this list, as well as the ongoing turmoil in the Middle East: all are based on a religion, either manmade or reputed to be “of god.” The brutality of religion is well-documented and is apparent in all aspects of man’s existence. Even terrorism is often justified by its perpetrators “in the name of God”, or one of many variations. Whether one believes in that god or just uses the idea of that deity as a means to an end, there is no denying the billions of deaths that have been caused, either directly or indirectly, by religion. 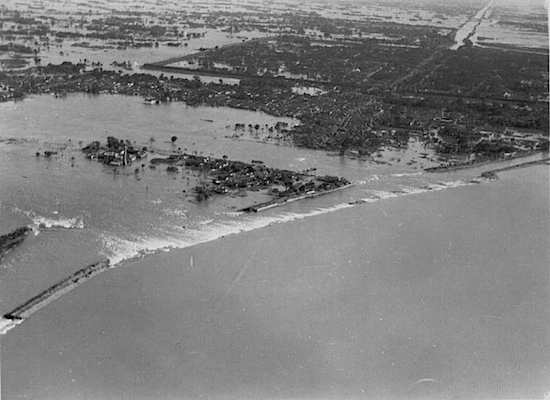 I considered selecting the Great Chinese Famine of 1958-1961 for this entry, because it killed between 15 million and 43 million people over the span of three years; however, I realized I wanted to include a single act of nature’s wrath. Various factors combined to cause the 1931 China floods, which killed anywhere from 1 million to 4 million people. The flood destroyed an estimated 80 million homes and ravaged agriculture along the Yellow, Yangtze and Huai rivers. The Three Gorges Dam project was implemented to help avoid this type of flooding; however, due to Soviet conflicts, the project was suspended until 1980, and finally completed in 2009. 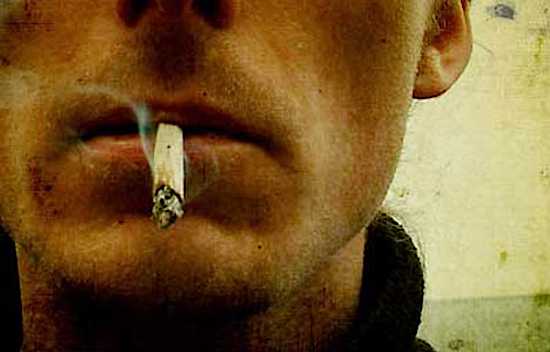 Listed as the second-greatest cause of death worldwide, smoking results in 10 percent of deaths around the globe, according to the World Health Organization. This adds up to roughly 5 million people annually. I don’t judge anyone who smokes; I personally wouldn’t do it, but to each their own. The WHO projects that 50% of smokers die from the habit. With 650 million smokers worldwide, that number alone portrays the global effects this habit will have on mankind. Of course, the most frustrating part is that smoking deaths are completely preventable. I know it’s easy for a non-smoker to say “don’t do it,” but there are methods in place to help one to quit, and maybe governments could become more involved by doing more than just taxing it, but that’s another discussion altogether. 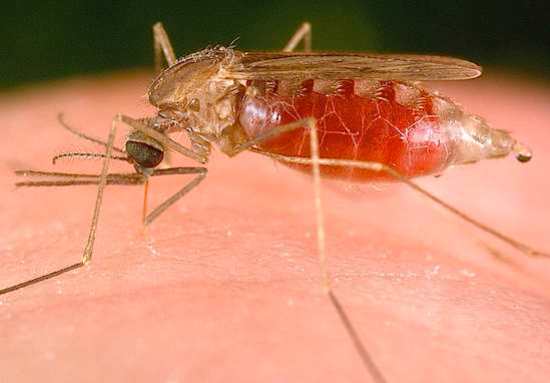 Although the mosquito, itself, is merely a carrier, it is certainly a harbinger of death. Known to be a common vector of over 15 diseases, mosquitoes are capable of spreading many blood-borne illnesses of parasitic nature. The worst of the diseases, and the one with the largest impact on man, is malaria. Malaria is responsible for one million deaths each year, and is among the leading causes of premature death in the world, second only to HIV/AIDS in Africa. The mosquito proves to be an effective transmitter due to its reproductive process. To make its eggs, it breaks down an enzyme found in the blood of animals and humans into amino acids. I would like to add that HIV has been found to be impossible to spread by mosquitoes. If this were to somehow change, then the world just might face its apocalypse. 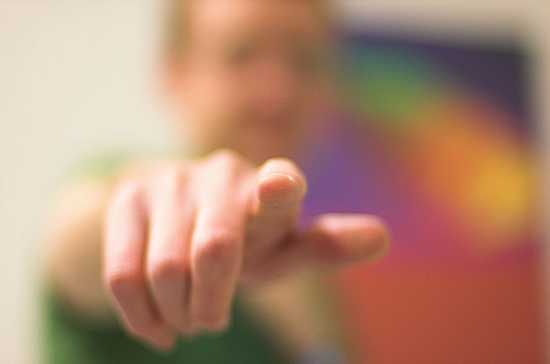 The mosquito earns its right as the deadliest non-rational animal, but the species known as Homo sapiens has easily caused the most deaths in history. Some may say it is religion, but I choose to say “man,” because regardless of the means one uses to bring death, it is all done by man’s hand, whether by war, religion, murder, etc. To go through the countless wars throughout history and to try to attain a cumulative total of deaths caused by war alone would take days, weeks or even months. Outside of war, murder and other direct causes of death, we are our own worst enemy. With the ability to annihilate the earth with “the press of a button,” man’s potential to end the lives of 6 billion people earns us the title as one of the deadliest vessels death uses to carry out its mission. 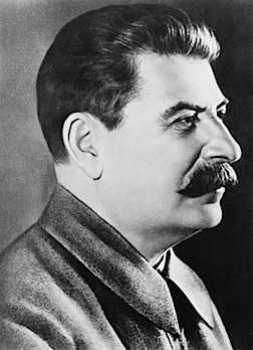 I could have chosen Hitler from popular opinion, or Jesus, due to religion’s impact on history, but to do so would not have done Joseph Stalin justice. Although it will never be known how many deaths were caused by Stalin’s regime, estimates range from 15 million people to as many as 60 million. He became leader of the Soviet Union in 1924, following Vladimir Lenin’s death. Stalin’s body of work as Deadliest Man includes 7.5 million people from ethnic minorities being deported (25% death rate); the mass deaths of civilians located in territories occupied by the Nazis (approximately 20 million); the Soviet Famine of 1932-33 (a result of rapid industrialization); and millions of executions and gulags. One could even credit him with deaths due to the blatant disregard for his conscripts’ lives, as they were carelessly and forcibly tossed into battle, since Soviet military casualties reached approximately 35 million soldiers in WWII. 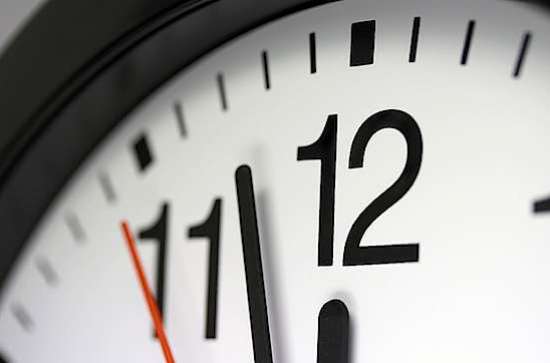 The path one’s life will take is a mystery. The mark on history that one will leave is unknown. Life has many twists and turns, ups and downs, starts and stops; but regardless of the path a man’s individual journey has taken, death will always be there at the end. You can ask how, or who, or why, or when, but the only constant across all of the human lives who have come and gone is that time will always lead you to that death. It may be caused by the subjects of this list, it may not; but time will always lead you to the end of your life. Death can be hastened or delayed, but cannot be avoided. Time is the single constant found in this list, the vessel which death has summoned to carry out its purpose. Regardless of how or why one lives one’s life, at some moment in time, we will all find death.